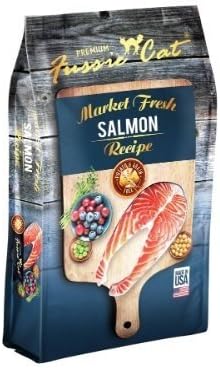 Fussie Cat makes their top-quality foods in an FDA-registered kitchenâthe same kitchen that produces Canned food thatâs fit for people to eat. Thorough quality inspections are conducted daily for food safety, Heavy metals, pathogens, contamination and pesticides, so the end product is everything that you should expect it to be. Formulated to meet the nutritional levels established by the AAFCO cat food nutrient profiles for all life stages.