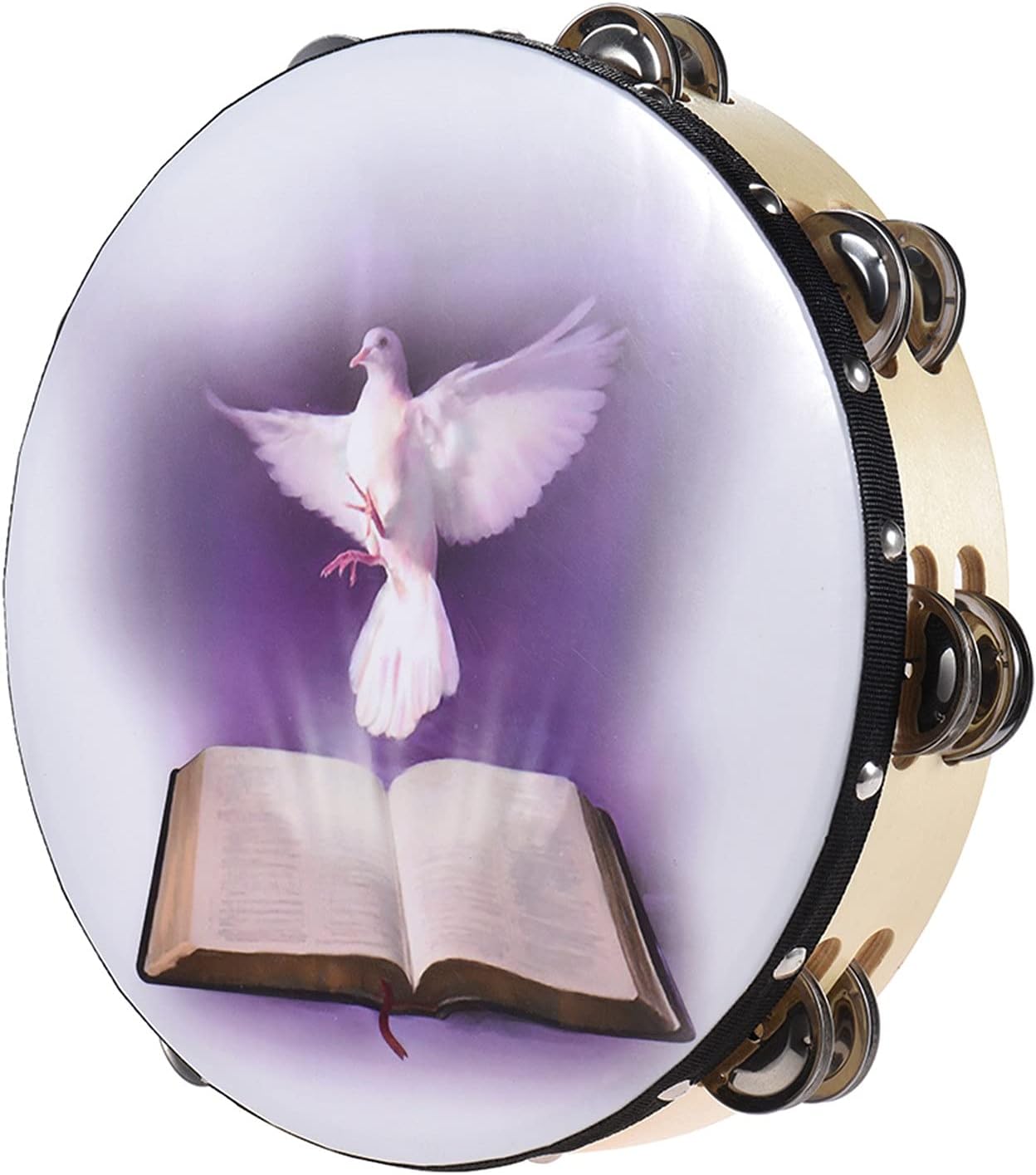 Ã£ÂÂEasy to PlayÃ£ÂÂExcellent anti-skid and comfortable grip, hand held drum bell are easy to play, just shaking it to make plink and also convenient carry, you can take it along anywhere.
Features:
Great for church and other holy occasion.
Clear and pure sound.
Wood body with quality plastic drumhead, smooth surface and lightweight.
Features 6 pairs double metal jingle in the side.
Holding the drum in one hand, then shake it rhythmically.

Only the above package content, other products are not included.

Note:
Light shooting and different displays may cause the color of the item in the picture a little different from the real thing.
The measurement allowed error is +/- 1-3cm.
Rhythm Instrument: The user can hold the tambourine with one hand and tap the drum head with the other hand to follow the rhythm of the music. It can make a very, very pleasant sound.