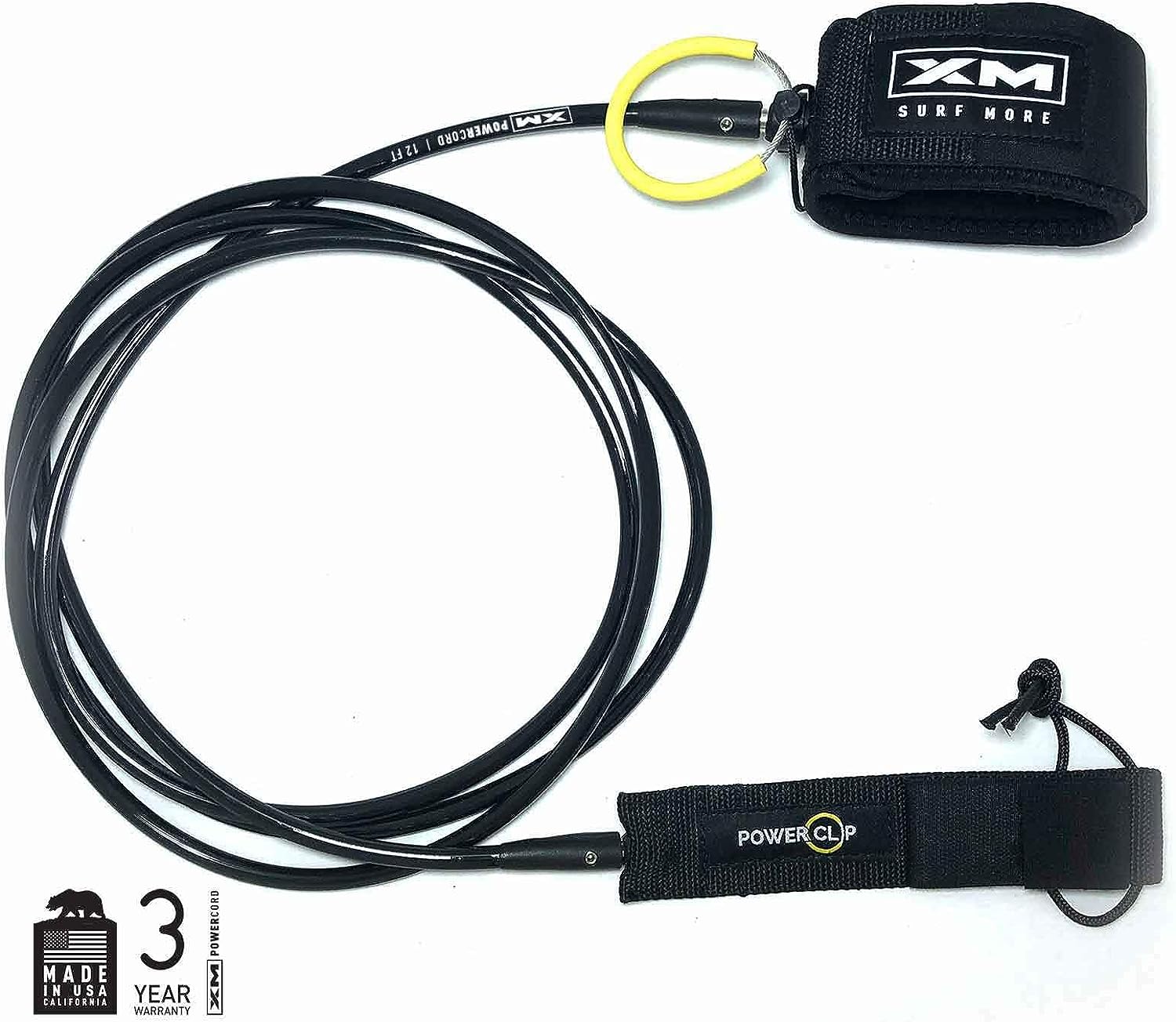 PULL THE PIN. RELEASE THE CORD.

What kind of hazards are lurking under, around and above the waters at the break you are going to surf next?

Noting a need for an emergency release mechanism in critical situations such as around reefs, jetties, lobster traps, rock bottoms, piers, and "tombstoning" in powerful surf, XM | SURF MORE developed the first patented (PATENT #5531622) quick release device that actually separated the strap from the cord.

Earlier designs would bypass the Velcro to open the strap but the surfer could still be stuck in a hog-tied position and unable to detach themselves. The re-usable and patented XM Power Clip (with its ez-grip yellow pull ring) quick release system creates a greater margin of safety. The pin is in, unless you want it out.

There is a specific issue with the Facebook in-app browser intermittently making requests to websites without cookies that had previously been set. This appears to be a defect in the browser which should be addressed soon. The simplest approach to avoid this problem is to continue to use the Facebook app but not use the in-app browser. This can be done through the following steps:

1. Open the settings menu by clicking the hamburger menu in the top right
2. Choose “App Settings” from the menu
3. Turn on the option “Links Open Externally” (This will use the device’s default browser)

Enabling Cookies in Mobile Safari (iPhone, iPad)
1. Go to the Home screen by pressing the Home button or by unlocking your phone/iPad
2. Select the Settings icon.
3. Select Safari from the settings menu.
4. Select ‘accept cookies’ from the safari menu.
5. Select ‘from visited’ from the accept cookies menu.
6. Press the home button to return the the iPhone home screen.
7. Select the Safari icon to return to Safari.
8. Before the cookie settings change will take effect, Safari must restart. To restart Safari press and hold the Home button (for around five seconds) until the iPhone/iPad display goes blank and the home screen appears.
9. Select the Safari icon to return to Safari.